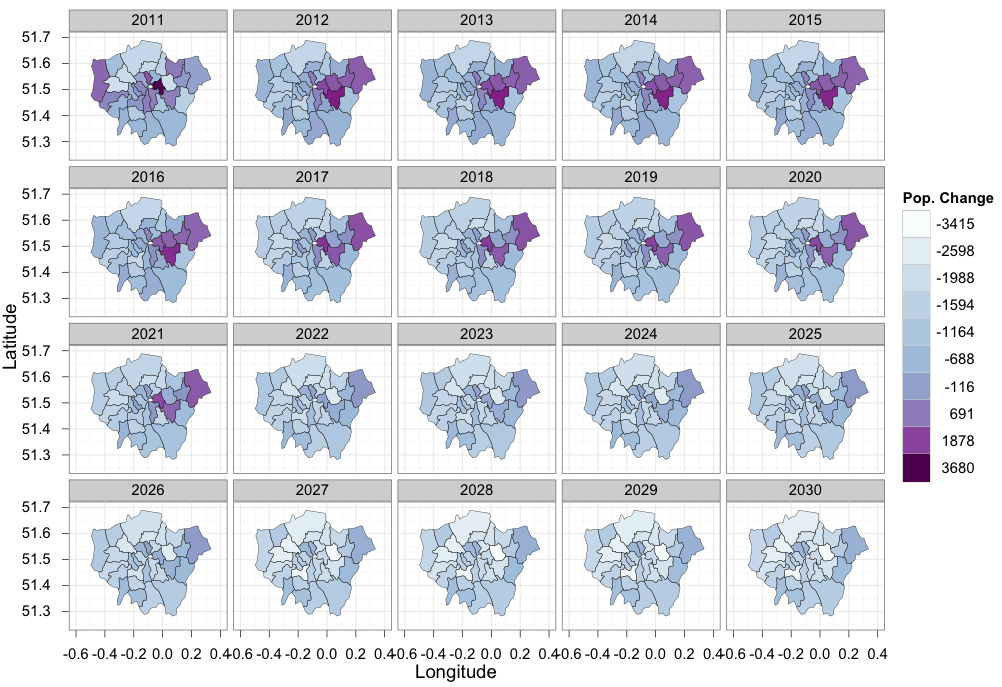 Buried in the London Datastore are the population estimates for each of the London Boroughs between 2001 – 2030. They predict a declining population for most boroughs with the exception of a few to the east. I was surprised by this general decline and also the numbers involved- I expected larger changes from one year to the next. I think this is because my perception of migration is of the volume of people moving rather than the net effects on the baseline population of these movements. I don’t envy the GLA for making predictions so far into the future, but can understand why they have to do it (think how long it took to initiate Crossrail!). Last year I produced a simple animation showing past changes in London’s population density (data) and it provides a nice comparison to the above. In total I have squeezed 40 maps on this page!

These maps were all produced to demonstrate the mapping capabilities of R. The first uses ggplot2 (plus classInt + RColorBrewer) and is based on some code (see below) written by Mark Bulling. If you follow the code below you will end up with this map, not the one I have produced above. I will stick my code in a formal tutorial soon. The animation uses the standard plot functions (plus spatial packages) in R as per this example.