Last week I attended the Association of American Geographers Annual Conference and heard a talk by Robert Groves, Director of the US Census Bureau. Aside the impressiveness of the bureau’s work I was struck by how Groves conceived of visualisations as requiring either fast thinking or slow thinking. Fast thinking data visualisations offer a clear message without the need for the viewer to spend more than a few seconds exploring them. These tend to be much simpler in appearance, such as my map of the distance that London Underground trains travel during rush hour.

The explicit message of this map is that surprisingly large distances are covered across the network and that the Central Line rolling stock travels furthest.  It is up to the reader to work out why this may be the case. Slow thinking maps require the viewer to think a little harder. These can range from more complex or unfamiliar ways of projecting the world as demonstrated by this gridded population cartogram of Africa from Benjamin Hennig’s PhD thesis 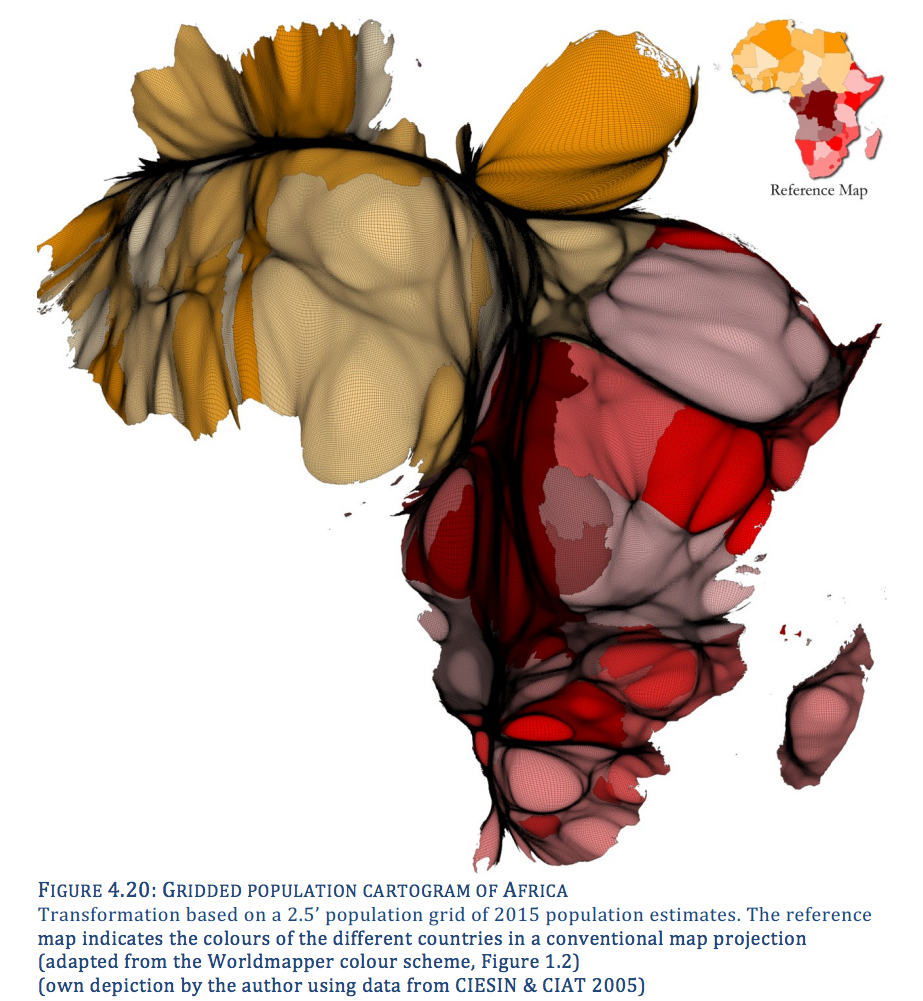 or the seemingly impenetrable (from a distance at least), but wonderfully intricate hand drawn work of Steven Walter (click image for interactive version). 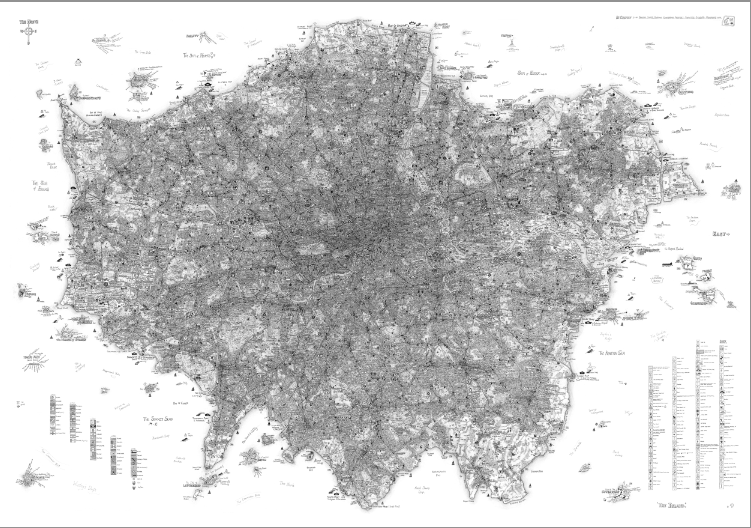 I have seen bad examples of both slow thinking and fast thinking maps but there is undoubtedly more rubbish in the latter category. I blame the rise of infographics in addition to the increasing ease with which data can be mapped (I note, this latter point has also facilitated many great maps).  It’s not all bad though, much like tabloid newspaper headlines I think clever fast thinking visualisations have required a lot of slow thinking by their creators and are good for portraying simple but important messages. My concern, however, is that slow thinking data visualisations are on the decline, especially online, because they do not grab the attention of potential viewers quickly enough or  a similar impact (in terms of internet traffic) can be achieved with less data processing or, in the case of geography, cartographic flair.  In addition there is a (perhaps legitimate) fear that producing complicated visualisations will intimidate or confuse readers. This latter point is important in the context of the media and is a problem the New York Times Graphics Department (also at the AAG conference) seem to have grappled with. Their approach is to introduce the unfamiliar or complex alongside graphics people are used to. This was done to excellent effect with their 2008 election coverage- look out for the cartogram towards the bottom.

So do the renowned folks at the NY Times Graphics Dept. prefer fast or slow thinking visualisations? I asked them what they think makes a successful map. Archie Tse said what I hoped he would: the best maps readable, or interpretable, at a number of levels. They grab interest from across the room and offer the headlines before drawing the viewer ever closer to reveal intricate detail. I think of these as rare visualisations for fast and slow thinking. The impact of such excellent maps is manifest by the popularity of atlases and why they inspire so many to become cartographers and/or travel the world. The work of David Ismus offers a classic example. 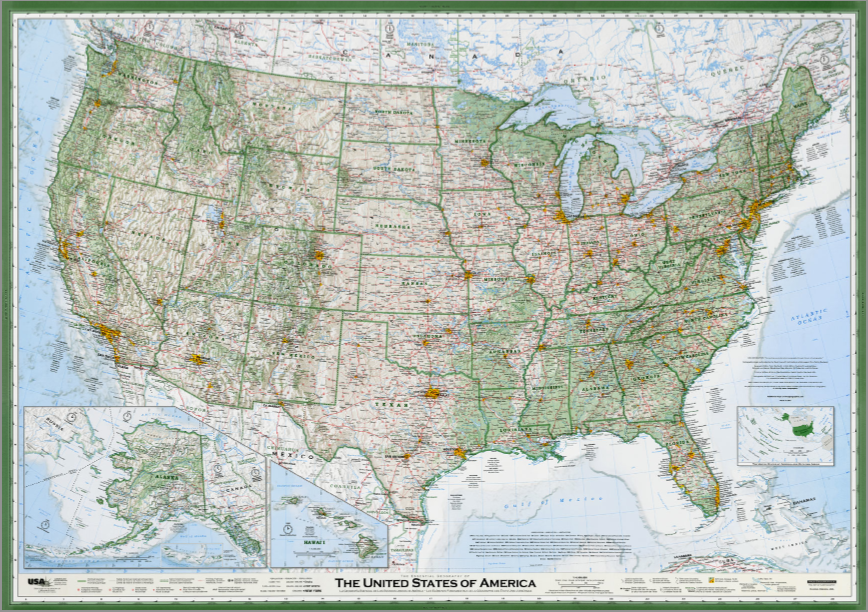 From a distance (above) the road network reveals major population centres, the shading mountains and the colours the depths of water surrounding/ within the US. You want to know more and each time you look something new catches your eye. 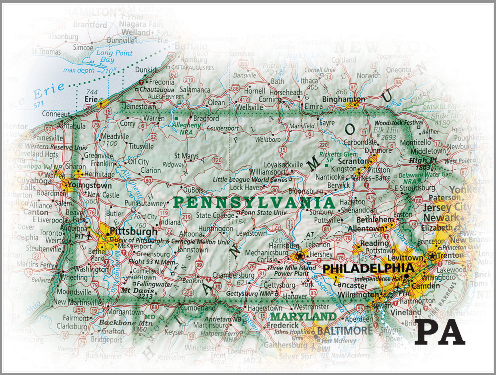 In addition Ismus offers something else- he has painstakingly visited (cartographically rather than physically) every part of the map through manual labelling. Most of the maps we see are the product of automated cartography and can therefore make sense computationally but are less intuitive to use. This relates to the final commonality in the most interesting visualisation talks I went to at the AAG – all great maps, fast or slow, “feel right” to those who created them. There is a gut instinct at work that, perhaps, cannot be taught or acted on quickly. So next time you see a map, give it the time it deserves. Is it fast, slow, or the best of both?