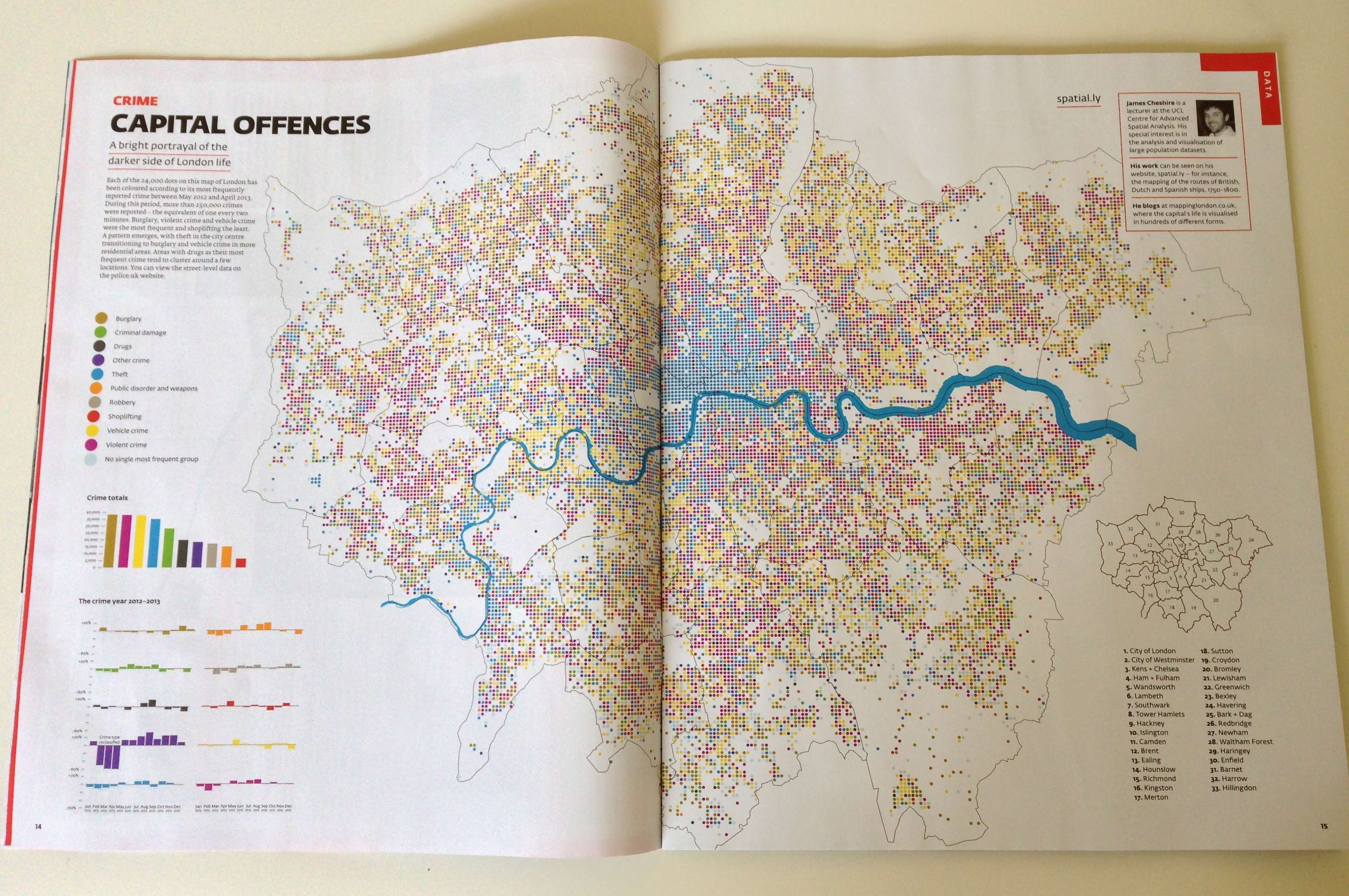 I was delighted to be asked to be part of the the Financial Times Magazine’s special graphics issue. It is a really great “celebration of visual culture” and includes an interview with Edward Tufte and work from Stamen. The map I produced takes the street-level crime data from the data.police.uk website and shows, the most frequent crime types across London. As the map shows there are some interesting patterns as the city becomes increasingly residential away from the centre. I was keen not to do a “murder map” or “stabbings vs guns” or any number of other variants on these themes because, although each incident is a tragedy, the chances of Londoners being affected by them are thankfully relatively small. The FT interactive team has also produced an interactive version from the data here. 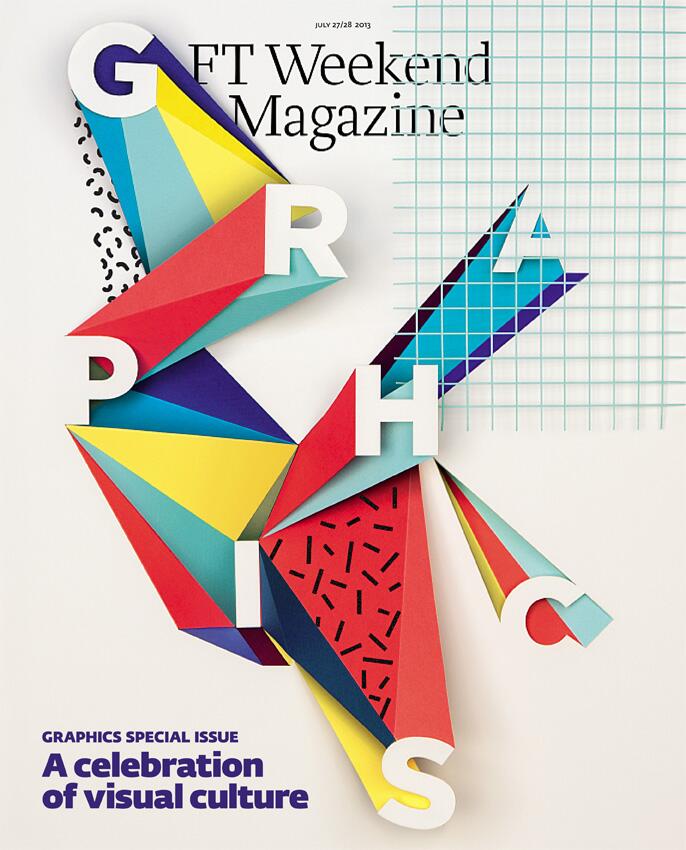