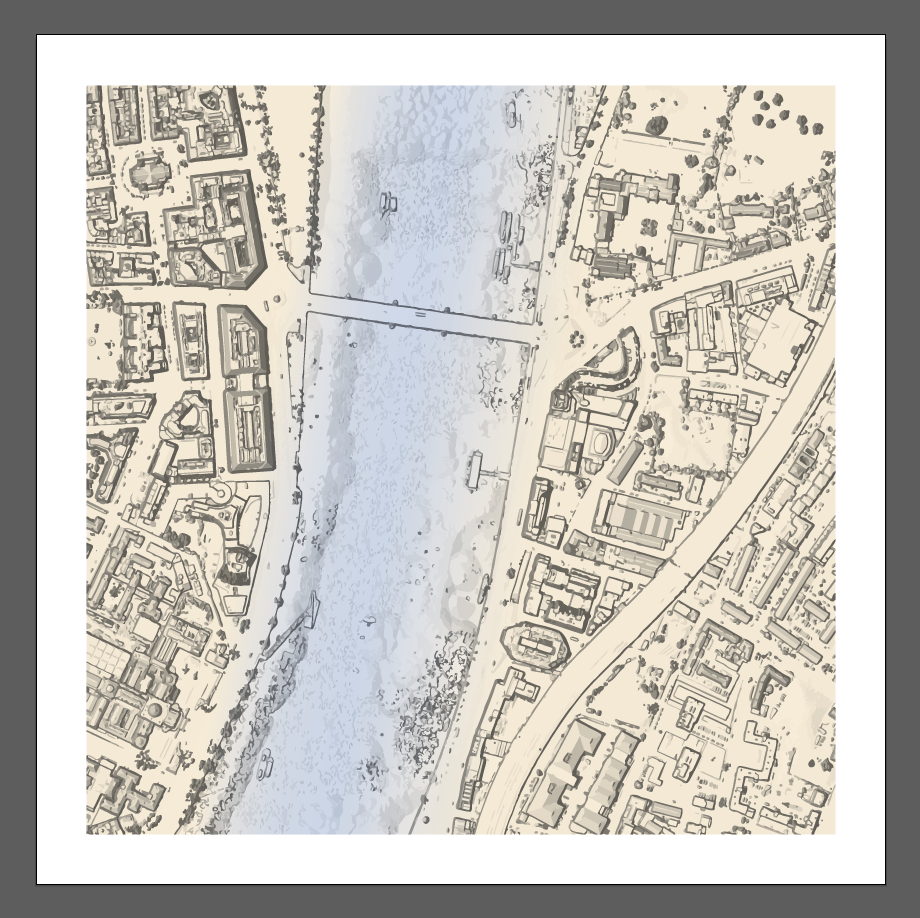 Every year, for the last few years, Mapping London editors Oliver and James have been invited to create and submit an artwork for 10×10 London, a charity art auction organised by Article 25, the architectural development charity (originally called Architects for Aid). Being neither artists or architects, it is very flattering that we have been invited to contribute to this good cause. We create our submissions as “data driven” art, using geographical data, GIS and other software to produce the work, along with a large-format plotter and canvas paper, and a skilled canvas mounter (Miles) in the department drawing office.
This year’s 10×10 project is themed “Drawing the River” and each participant is assigned a square alongside the River Thames in central London, to interpret in their own way and product an artwork from. Our square was near Lambeth Bridge, so we decided to utilise the Environment Agency’s huge and newly opened archive of LIDAR-derived digital elevation models (DEMs), which have just been released with an open data licence allowing for easy access and reuse.
We downloaded the DTM (the DEM which includes buildings) of the area, which has the terrain heights at 50cm resolution (horizontal) and 0.1cm (vertical) and then used multidirectional hillshading to draw out the building structures and shapes. The image was then vectorised and a filter was used to reduce the speckle and noise and further draw out the relief, with a gradient finally added to emphasise the contrast of the River Thames and adjoining land. We were particularly pleased by some of the features that were brought out using the combination of these techniques, such as the large trees in Archbishop’s Park – the graphic here is from EA data and has had no manual intervention: 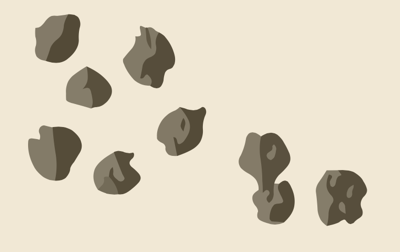 By way of comparison, here’s what they look like with Google’s aerial imagery: 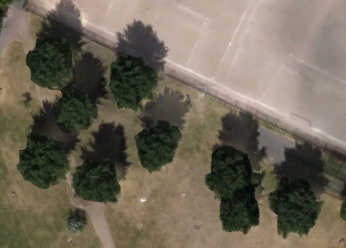 Our artwork is named “Land Water Land” and we delivered it to the charity with the following caption:

Land Water Land is a data-driven artwork. LIDAR airborne laser scans, of the area around Lambeth Bridge, form a Digital Terrain Model that has been turned into a graphic that succinctly shows the character of the area. Tints, shading and vectorisation are used to highlight the River Thames, the dominant natural feature and the narrative of London, complementing the surrounding institutions which include Lambeth Palace, MI5, the International Maritime Organisation, Millbank Tower and the Tate Britain art gallery. Individual cars, buses, trains and boats are visible, while ripples of water from the river cause circular patterns and other artifacts to appear.

The auction is this evening at RIBA (the Royal Institution of British Architects). Our work is part of the silent auction on the evening, where people will be able to place bids by noting them down on a bid sheet beside them. There will also be a live auction of works by famous architects (last year’s included Zara Hadid and Richard Rogers.)
If you are along at the auction tonight – bid early, bid often! 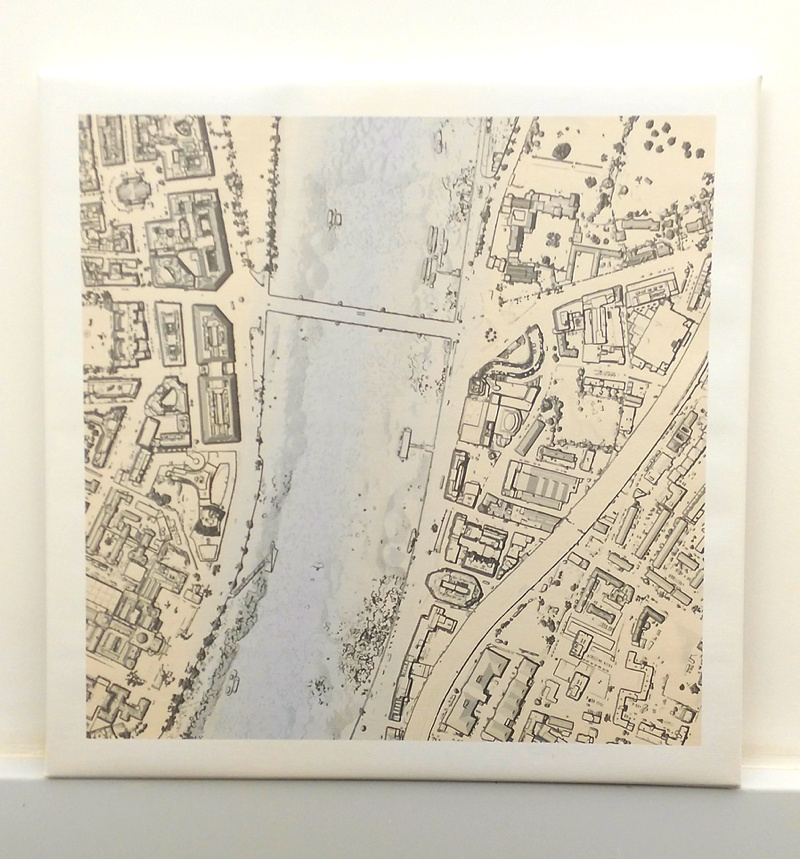